At first glance, 14-year-old Nadia Ilse exudes an air of confidence that many other girls her age lack. That confidence is hard won.

Teased about her big ears since she was 7 years old, Nadia found school a nightmare. Her classmates tormented her, and she couldn’t bear to look at herself in the mirror.

“I felt horrible. I felt like I was like dirt,” she said, in an interview with “Good Morning America.” “They said that I have the biggest ears that they’ve ever seen. They called me ‘Dumbo,’ ‘elephant ears.’”

“I kind of got into this shell and I actually skipped school a lot,” she said. “I made excuses. I would say my stomach hurt, say that I was sick even though I wasn’t.”

Nadia would cry a lot on the way home from the bus stop and at night before she went to sleep. It got so bad that Nadia even contemplated suicide.

“I actually did think about suicide but I wasn’t pushed, I didn’t really want to.  I didn’t think that was the solution,” she said.

Nadia’s troubles came as a shock to her mother. Because Lynda Ilse had recently been laid off, and had a 9-year-old son, Joshua, who was battling cerebral palsy, Nadia didn’t want to bother her mother with her problems.

“I’m heartbroken about it,” Lynda Ilse said, speaking of her daughter’s torment, including her thoughts of suicide. “I didn’t realize that it was that bad. She would mostly say that she has migraines.”

Eventually, Nadia told her mother everything and begged for surgery to pin her ears back. Lynda Ilse couldn’t afford it, so she turned to the Little Baby Face Foundation, a Manhattan-based organization that provides free surgery for children with facial deformities who have a financial need.

Romo operated on Nadia in June. He pinned her ears back, and also operated on her nose and chin.  Romo performed $40,000 worth of work for free.

Lynda Ilse added: “It was just something that we chose to do. It’s no different than somebody having teeth that require braces.”

Nadia no longer has a problem looking at herself in the mirror.

For years, Nadia wore her hair down to cover her ears. When she starts her first day of high school today, she will likely wear her hair up.

Asked about how she felt about the bullies who tormented her, she said: “I forgive, but I don’t forget.” 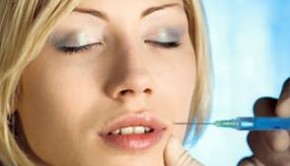 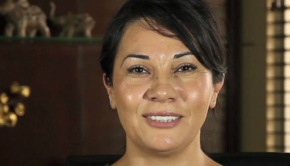 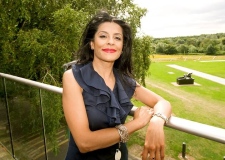 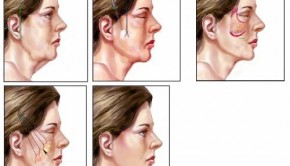